Animation is the art of bringing characters to life. If a picture speaks a thousand words, imagine what an animation feature tells you! Uncharted territories, new horizons, different life perspectives, and appreciating the little and big things in life, animated movies teach your kids these, and a lot more.

If you are looking to introduce your kids to the world of animated movies, we’re sure you’re on the hunt for titles. Fret not, parents – we’ve got you covered. Here are the best-animated kids movies to watch with your family this 2020:

Coco takes viewers to the land of Mexico where Miguel, a young boy, dreams of becoming a musician. However, Miguel’s family has other plans for him as they want him to enter the shoe business. After a twist of fate and quirky spins, Miguel ends up in the land of the dead where he makes contact with De La Cruz, a vagabond musician, and returns to the world of the living to make his musical dreams into reality after receiving his wisdom.

It’s an animated kids movie that talks about family life, culture, and traditions with a focus on following one’s passions. There’s a Spanish Dub available, and the runtime is 105 minutes which is pretty short when considering how captivating it is. Coco is a movie that that transcends time. We think it’s that good and even adults are watching it. Watch it with your kids and family on Friday nights, and you’ll thank us later.

2. Beauty And The Beast

Released in 1991, Beauty And The Beast is one of the top animated movies for kids by Disney. Bella, a princess, has her father held captive by a beast who is actually a prince. The cinematic storytelling and Bella’s bravery are highlights of the film. This is a classic amongst Disney movies for kids.

The film is dubbed in English, French, and Spanish and is a G-rated title for kids. There are special features included with the DVD, and the title is available in Bluray too. 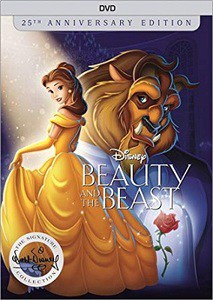 For starters, watching Beauty and The Beast gives you great childhood memories. We like the fact there’s a live action version of this feature available, so if you want to watch it a second time, nothing’s stopping you.

Wall-E stands for ‘Waste Allocation Land Lifter-Earth Class’ and is the story of a robot who is the last one on Earth. His job is to dispose of waste and has a boring life until he meets a female robot and gets to go on intergalactic adventures.

The movie is thought-provoking and teaches kids the importance of living sustainably through storytelling. By the end of the film, you’ll have an appreciation for nature and have good memories of planetary escapades. Oh, and it’s one of the best kids cartoon movies in the Sci-Fi department. Wall-E is an enchanting story and is a Sci-Fi legend among kids. What we like about the film is it focuses on portraying emotions through body language instead of words.

Mumble is an awesome penguin in Antarctica, but he has a troubling issue. While his friends impress their mates with their singing skills, Mumble shows his talent his own way – dancing. There’s a lot of catchy music, gorgeous animations, and the setting is incredibly beautiful.

The film talks about following your own heart and embracing unique traits. It’s about social acceptance and showing how being different isn’t a bad thing. You will like Happy Feet because it’s a story about how Mumble’s feet make him happy by dancing. If you want a movie that’s free-spirited, intuitive, and down-to-earth, set in Antarctica, get this one hands-down!

Tangled is a story about women empowerment simplified for kids. It’s a spin on the classic Rapunzel where a girl who lives in a tower yearns to leave her dull life behind. Right after she meets an outlaw named Flynn Rider, she discovers what she’s capable of as she unveils her true strength and becomes what she dreamed of doing.

The 3D animation is spectacular, and you’ll be mesmerized with the story. The film is ideal for boys and girls alike and sends a message that we should all pursue the things we like and shouldn’t hesitate to try and turn them into realities. 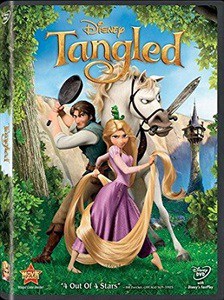 We won’t deny that there’s some cartoon violence and flirty moments in the film but the pros outweigh the cons for this. If your goal is to get your kids to watch a movie that tells them to pursue their passions, get this.

Why do we recommend these Products?

Kids anime movies are a fun way to expose kids to different ideas and ways of thinking. From exploring culture to meeting a diverse cast of characters, feature films for kids these days aren’t just dull or bland. The titles we’ve picked out for you are age-appropriate and ideal for watching with the entire family. Oh, and did we mention that your kids’ imagination and creativity will be sparked after watching these?

Don’t just take our word for it! Try out these titles and let us know how family time with the kids went!

My Name is Chelsea S.Carrick, Mother of two and currently living in US. I faced a lot of problems initially when I start rising my child which led me to start this blog to help all the moms out there to choose the best products for their children and themselves.

Evolution has taken place almost everywhere. People enjoy change, and change has been welcomed for progress. Most of these changes have helped people to grow and learn, to outdo their potential and sometimes make work easier. One area that has witnessed such change is toys and big wheels for kids. The innovative ideas developed by…

Letting your kids stay engaged while they learn and have fun without even realizing it is a tricky problem. Lucky for you, we’ve compiled a list of some of the best toys for 3 year old boys in this post. Hand-eye coordination, critical thinking skills, creativity, sensory development, and fine motor skills are key criterion…

Childhood is the stage where dreams begin and talents blossom. If you’ve ever wished your kid could participate in singing talent shows in school, college or on television or the local community singing contest, we’re glad to tell you that it’s not too late. Everybody has to start somewhere,and it’s about getting regular practice, not…

Tweenagers are at an age where puberty is at their doorstep. Your 2-year-old girl is spreading her wings and open to exploring the world. Mimicking adults, achieving creative and emotional freedom, and building social networks and friendships are at the top of their head. With that in mind, selecting the perfect toy for your little…

Use Board Games to Spend Quality Time with your Kids Make Learning Fun for Kids with Board Games Great Board Games for Kids Keep playing and Learning with these Amazing Board Games With the advent of technology, kids are busy burying themselves in their iPads, mobiles, and tablets. In this era of addictive tech gadgets,…

As the kids tend towards their teenage, they develop individual taste and distinctive sense of styling. It frequently changes according to their mood. Teens are perfectly aware of the latest trends and fashion. So if you are planning or looking for the best toys for 13 years old girls, you do not need to worry….